Firstly, let’s figure out what do you meant by SOLID Principles. SOLID principles are set of five principles that can be used in Object-Oriented programming. It’s a set of best practices / design patterns to follow when you are designing a class/object structure.

One famous quote in software engineering is “It is not enough for code to work” by Robert C Martin, Clean Code. Keeping that in mind let’s evaluate the SOILD principles and how it will help software development in the long run.

When and why we need to apply SOLID?

SOLID principles will help us to lay the foundation on building clean and maintainable architectures.

When you don’t design your application with best practices, you will end up with many issues sooner than later. For examples

Having fragility and rigidity in your project means having symptoms of tech debt, which is the silent killer of all software projects. In most of the software development process, with the business priority and push towards for quick delivery, engineers tend to prioritize fast delivery over code quality which will tend to introduce technical debt.

Applying SOLID principles help us to control the technical debt.  What are those SOLID Principles?

Let’s take each principle one by one and understand it in very high level so we can apply them in our projects.

A Class should do only one thing, and therefore it should have only a single reason to change. Some of the common responsibilities in our code are, Business Logic, User Interface, Persistence, Logging and Orchestration.

A common anti-pattern is that, In an Invoice class having the implementation of printInvoice and saveToFile like functions. Ideally those two should be in different classes. Those classes might be InvoicePrinter and InvoicePersistence and those classes will have a single responsibility.

Also avoid common Utils class for having all helper functions. Have specialized classes where you can have them.

There are two OCP implementation strategies. One is via Inheritance and other via Strategy pattern. The common usage is to use the strategy pattern to extend the behaviors. For example, having an interface called InvoicePersistence and implementing any number of different classes (DB persistence, File Persistence) based on the main interface. This ensure Invoice Persistence is extendable in many ways.

What is Liskov principle? In simple terms, “Any object of a type must be substitutable by objects of a derived typed without altering the existing functionality of that program”. Rather than thinking about the Is-a relationship, just think on Is-substitutable-by in object relationships of your application context and design the objects hierarchy is the key takeaway of LSP. We will observe violations of LSP, when there are partial implemented interfaces in classes (functions which are throwing not implemented exception).  Therefore, avoid empty implementations and have proper class hierarchy to avoid such scenarios.

The key point to note here is that, the term interface is not referring to Java Interface. It can be an interface or abstract class in your application. By definition ISP defined as “Clients should not be forced to depend on methods that they do not use”. Therefore, having small interfaces with a single focus will comply the ISP. By doing so, it will reinforce the LSP and SRP. Key advantage of lean interface is that, minimize dependencies on unused members and reduce code coupling. How to identify that you have “Fat” interface? it’s not much difficult, if you see an interface with large number of method definitions is a symptom for Fat interface. Analyze the interfaces and break it down is the way forward. If you are dealing with legacy code and wanted to refactor the code to adhere the ISP, then you can use the “Adaptor” design pattern to fix the existing issues.

This principle mainly captures key two concepts, Dependency Injection (DI) and Inversion of Control (IoC) and how those should be used in our application. Those two concepts are well known concepts, following reference link will explain them in detail. (DI, IoC) Java framework like Spring framework have those two concepts in-build.

This conclude the five principles under SOLID principles. You can find good code samples under the reference section for each principle as well. In addition to SOLID, there are few other ways to keep your architecture clean, for example: constant refactoring, application of design patterns, TDD / Unit testing. When you apply SOLID Principles, you will also get the following as short and long-term benefits.

Decision on applying them in correct scenario is totally up to you!

It’s mainly distributing work of a computer to two or more similar computers. This ensures reliability and increases the responsiveness of the system. 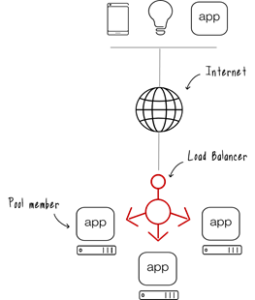 Layer 7: Distribute requests based upon data found in application layer protocols such as HTTP

All these different load balancers uses different algorithms to distribute the load among the application pool. Some of the industry standard Load Balancing algorithms are:

Now that’s all about the very basic theory in Load balancing. Now let’s see how Server side load balancing works in the real world. 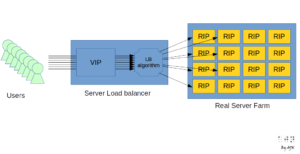 A Server side load balancer sits between the client and the server farm accepting incoming network and application traffic and distributing the traffic across multiple backend servers using various methods. Mostly load balancer will check the health of the server pool underneath and use the algorithm which we discussed earlier to distribute the load.  This was the most common mechanism we used in the past to manage our application load. However the upswing of Client Side Load Balancing is now on the peak. Let’s dig deep on that context.

As we discussed, in the server side load balancing, a middle component is responsible for the distributing the client requests to the server. However that middle component is moving out on the decision making in the load distribution. Client itself will decide on the server it need to forward the request. How it work is very simple: Client holds the list of server IPs that It can deliver the requests. Client select an IP from the list randomly and forward the request to the server.

Let’s see how Eureka and Ribbon work together to achieve the client side load balancing in microservice architecture.

All the links are provided as references to get more inside on the topic we have covered. Especially how you can use Netflix OSS to achieve client side load balancing in microservice solutions.

This is a basic introduction to cloud native application development. First we will get a basic idea about the cloud concept and then move in to the 12-Factors.

What is cloud computing environment?

It’s a dynamic environment, which have the capability to allocate resources and release of resources from a virtualized, shared pool. This elastic environment enables more flexible scaling options for a high demand applications.

What is cloud native application?

Applications or processes which are run in software containers as isolated units. Applications or services (microservices) are loosely coupled with explicitly described dependencies. There are set of best practices which you need to follow when you’re planning moving to cloud with your application. Those are known as the 12-factors. Let’s investigate on those 12-factors. 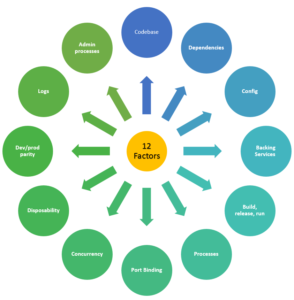 The 12-factor application methodology was drafted by developers at Heroku. The factors represent a set of guidelines or best practices for portable, resilient applications that will thrive in cloud environments (specifically software as a service applications). Let’s move in to each factor and get a high level idea on how we can achieve / implement this in our application.

In the current developer world, we speak very less about SOAP web services. This is due to the REST web services dominance in SOA world. However the need for SOAP services will never be zero.

In this document we will focus on how we can develop SOAP web services using popular Spring Boot framework and Spring-WS. When I searched the internet for tutorials I found this useful tutorial, which explain on how to develop SOAP services. There were some missing items in the tutorial and thought of adding them to have a complete steps tutorial.

Final out put product would be a deployable war file which exposes a SOAP web service to its clients.

Now the initial setup is completed for the project. Let’s create the necessary packages and start implementing the code. As I mentioned earlier will continue on the post which was publish in www.codenotfound.com.  You can start with the Java code implementation of the link, which is creating the “SpringWsApplication ” class. Also in the tutorial you can download source code.

Generate a “WAR” file to deploy in Tomcat

If you want to generate a “WAR” file which can deploy in tomcat, please follow the below steps:

Change in the SpringBootApplication Class

Changes in the POM.xml